Home Places 27 Things To Do In Nairobi 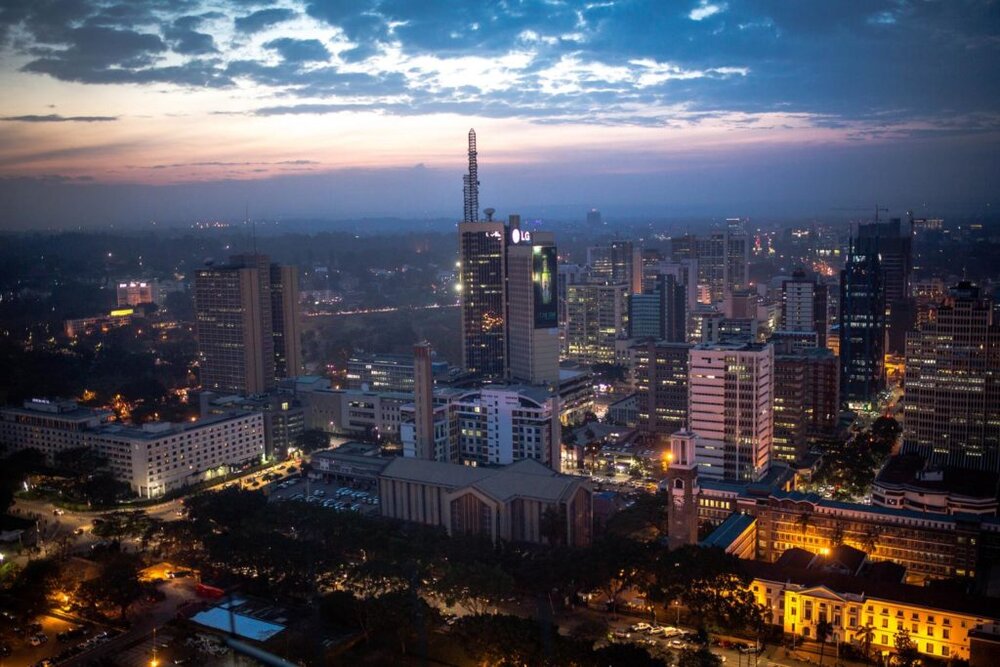 Here are 27 things to do while you are in Nairobi.

The Giraffe Manor is an animal-centric building in Nairobi, Kenya that welcomes visitors especially animal lovers. The building itself is an extension of the facility where visitors can sleep in a luxury suit for the night and watch as the giraffes come to share breakfast with them. Giraffe Manor hotel allows giraffes to wander freely around its premises.

The Kenyatta market is found in Ngumo. The market is a favorite shopping Centre for all classes of people in Nairobi.

Kenyatta market offers an opportunity to people to make money by selling second hand clothes to both locals and visitors. This place is often visited by foreigners to buy cheap African items. This is an opportunity where people can buy good quality items for relatively low prices.

If you are looking for great sweeping views of the city and are a lover of skyscrapers, the KICC once the tallest in East Africa, should be on your bucket list.

On most days, for a few shillings the security guard will escort you in an elevator to the top floor where you’ll be treated to amazing city views

The Nairobi snake park needs no introduction. The Snake Park showcases snake species from Kenya and around the world. The park is a thriving showcase of honest reptiles that are also educational, hosting talks on subjects as varied as snake anatomy, reptile reproductions, and even the green-waste composting that happens in the park.

The Karen Blixen Museum is the best place to learn about the history of colonial Kenya. This Museum, the home of Danish author Karen Blixen, has a collection of images, documents, and several colonial period items.

The museum was the backdrop for her novel “Out of Africa.”

The East Africa Railway Museum is an old railway line from the Nairobi Railway to its terminus at Kisumu and the Nyeri Railway that passes through the center of Nairobi. The museum hosts steam locomotives, carriages and railcars.

Far more than just a home to archives and public records, the National Archives in Nairobi also exhibit everything from traditional art to stamps, weapons, and photography. Visitors can explore the small on-site museum, spend a quiet hour paging through a newspaper, or check out the archives’ collection of rare books from across Africa.

The Memorial Park comprises a tranquil landscaped garden, a wall commemorating the names of those who died in the US embassy bombing of August 7th 1998. There is a sculpture made from the debris of the blast. The park also features a Conference Center and a Visitors Center with a Memorial Museum displaying various images and exhibits, plus a documentary about the events surrounding the tragedy.

A breeding, research, and conservation center where you can learn about Rothschild giraffes and get the opportunity to feed giraffes. The Giraffe Centre is the first step in improving welfare for Rothschilds. Feeding giraffes is a peaceful activity that is ideal for people of all ages. It helps reduce stress, improves well-being, and is good for your physical and mental health.

Nairobi is the only major city in the world where you can see lions, giraffes, and rhinos in the wild. Not far from city center, the Nairobi National park the oldest park in Kenya is home to a diverse number of animals, including black rhinos, lions, cheetahs, giraffes, baboons, zebras, eland, hippos, buffalo, wildebeest, waterbuck, leopards, and hundreds of bird species.

You can also arrange visits to the David Sheldrick Elephant Orphanage, which are both located on the edges of Nairobi National Park.

Sheldrick was a very influential anti-poaching activist and his wife has carried on the legacy. At dalphine sheldrick Elephant Orphanage there are orphaned elephants that are being raised, trained and protected by the Sheldricks.

It’s a great experience and of course you can take a close up photos and feed the elephants.

The Animal orphange is the perfect place for animal lovers in Kenya.

The Nairobi Animal Orphanage was established in 1964, as a refuge for wild animals that were abandoned, orphaned or injured,

The shelter is home to one of it most famous resident a male leopard who was rescued after being abandoned by it mother in 2006 when it fell into a deep hole at the masai mara.

There are also Lions, hyena, buffalo and warthog.

There is nothing like the satisfying feeling of adventure when you visit the Karura Forest. A Karura Forest tour is an excellent way to escape the fast-paced side of the Nairobi city.

Its also a lovely little surprise in the middle of the city. With over 50 kilometers of walking, biking, and nature trails, this is one of the best places to visit for a taste of nature while still staying in the city.

This national forest reserve covers an area of about 30 hectares. It consists of mostly forest and woodland which are home to about 300 species of birds, primates (vervet and Sykes monkeys).

If you are looking for an outdoor adventure, then you can think of the Ngong Hills. It’s one of the most under-traveled natural places. Although just on the outskirts of Nairobi it still should be on your bucket list of things to do.

Masai Mara or Amboseli Where To Go