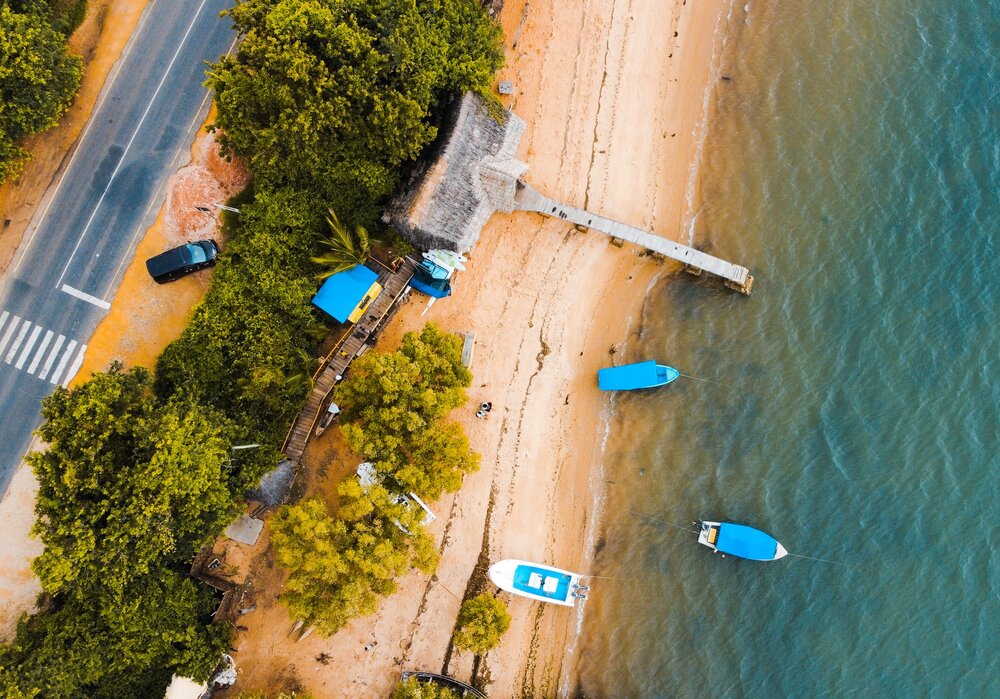 Yes, Tanzania is safe for business travelers, students doing volunteer work, relief workers and tourists. The general rule of thumb is that if you are cautious and take basic safety precautions, you will be fine. There are areas of Tanzania that are off-limits to foreigners, but these areas are clearly marked and usually well away from tourist destinations.

The most common safety concerns in Tanzania are petty crime and scams. Petty crime, such as pickpocketing and bag snatching, is common in urban areas.

To avoid becoming a victim of petty crime, be aware of your surroundings and keep your belongings secure.

Scams are also common in Tanzania. Be wary of anyone who offers you a deal that sounds too good to be true or asks for money upfront. If you are unsure about someone, it is best to walk away.

Business travelers to Tanzania will find a safe and welcoming environment. The country has a long history of stability, and the government is supportive of foreign investment and businesses. Travelers will need to take the same precautions as they would in any other country, such as being aware of their surroundings and not carrying large amounts of cash or valuables.

Requirements for Foreigners Working In Tanzania

Foreigners wishing to work in Tanzania must obtain the proper work permit and visa.

Work permits are obtained through the employer and are specific to the individual and the job they will be doing.

Visas are obtained from a Tanzanian embassy or consulate prior to travel.

Tanzania is a popular destination for students doing volunteer work. There are many reputable organizations that offer volunteer opportunities in Tanzania, and the country is generally safe for students. Students should take precautions such as not travelling alone and being aware of their surroundings.

These are varied and range from teaching English to working in healthcare.

Tanzania is a safe country for relief workers. The government is supportive of foreign aid organizations, and many relief agencies have a presence in Tanzania. Relief workers should take the same precautions as they would in any other country, such as being aware of their surroundings and not carrying large amounts of cash or valuables.

Tourists to Tanzania will find a safe and welcoming environment. Tanzanians are a friendly and hospitable people, and the country is generally safe for visitors. Tourists should take precautions such as not travelling alone and being aware of their surroundings.

Safe To Travel With Kids

Tanzania is generally a safe country to travel with kids. However, as with any country, there are some risks that parents should be aware of.

At National parks and game reserves you children should taught way in advance the importance of not sticking their hands outside the vehicle and not leaving the vehicle at any time during the game drive even if they see the toilet.

Encourage your kids to go to the toilet before setting off on game drives.

As with general hygiene encourage your kids to wash their hands as often as possible.

Yes, Tanzania is safe for LGBTQ+ travelers. There is however explicit law against homosexuality in Tanzania, so exercise caution and don’t openly display affection in public. There is a growing LGBTQ+ community in Tanzania, and you’ll not find gay bars and clubs however there are some places where gay men meet.

Homosexuality has been illegal in Zanzibar since 1864, and the penalties are up to 14 years in prison. Although these laws exists they are hardly if ever enforced.

While on the mainland, homosexuality is not openly accepted but there is more tolerance than on Zanzibar. There have been police raids on gay clubs in the past, but this is not common.

Overall, Tanzania is safe for LGBTQ+ travelers as long as they exercise caution.

The Major Tourist Areas Are Safe

The major tourist areas in Tanzania, such as Serengeti National Park, Ngorongoro, Lake Manyara, Zanzibar and Kilimanjaro, are safe for visitors. These areas are well-policed and have a strong presence of security forces. Tourists should take the same precautions as they would in any other country.

Is It Safe To Go On Safari In Tanzania?

Tanzania safaris are safe as long as you follow the advice of your tour operator and take the necessary precautions. The animals like lions, leopards and elephants are not a threat to humans if you give them space and don’t try to interact with them.

It’s also important to be aware of the risks of contracting diseases such as malaria and to take the necessary precautions such as taking vaccines and using mosquito nets.

Malaria is a risk in Tanzania, so it’s important to take precautions such as using mosquito nets and taking antimalarial medication. Mosquito repellants and long-sleeved clothing can also help to protect you from mosquito bites.

The following vaccines are recommended for Tanzania:

Bilharzia is a parasitic worm that can be found in fresh water in Tanzania. The worm enters the body through the skin, and can cause symptoms such as fever, abdominal pain, and diarrhea. Bilharzia can be treated with medication, and travelers should take precautions to avoid contact with fresh water in ponds and lakes in parts of Tanzania.

How Safe Is Tap Water In Tanzania?

Do not drink tap water in Tanzania unless it has been boiled, filtered or treated. It’s advisable to drink bottled water which is widely available in supermarkets and shops.

Stick to well know water brands and check the bottle seal is intact before purchasing.

When traveling in rural areas, it’s best to drink boiled water or water that has been treated with iodine tablets.

Is It Safe To Eat Food In Local Restaurants In Tanzania?

Yes, it is safe to eat food in local restaurants in Tanzania. As a safety precaution make sure the food is hot or properly packaged.

Is Tanzania A Safe Place To Travel For Solo Female Travelers?

Tanzania is generally a safe place to travel for solo female travelers. However, as with any country, it’s important to take precautions such as not travelling alone at night, being aware of your surroundings and not carrying large amounts of cash or valuables.

Is It Safe To Use Credit Cards In Tanzania?

Credit cards are widely accepted in Tanzania, however it’s advisable to have some cash on hand as well.

Use credit cards in major hotels, restaurants and shops, but be aware that not all establishments will accept credit cards.

When using ATMs in Tanzania, only use machines that are in well-lit, busy areas. Be aware of your surroundings and cover the keypad when entering your PIN.

Is It Safe To Take Public Transportation In Tanzania?

Public transportation in Tanzania is generally safe, however it’s important to:

Taxis are widely available in Tanzania and are generally safe, however there are certain precautions you should take when using local taxis.

Tanzania has a relatively low crime rate, however there have been incidents of petty crime such as pickpocketing and mugging. It’s important to take precautions such as not carrying large amounts of cash or valuables and being aware of your surroundings.

Tanzania is generally a stable country with no recent history of political violence. However, it’s important to stay up to date with the latest travel advisories.

What Are The Natural Disaster Risks In Tanzania?

Tanzania has in the recent years had natural disasters such as floods and earthquakes but these are not common. It’s important to be aware of the risks and to follow the advice of local authorities.

What Are The Terrorism Risks In Tanzania?

There is a low risk of terrorism in Tanzania. However, it’s important to be aware of the risks and to follow the advice of local authorities.

The country has a long history of stability, and the government is supportive of foreign investment and businesses. Travelers will need to take the same precautions as they would in any other country, such as being aware of their surroundings at all times and dressing down to avoid unwanted attention.

Just like any developing country there are slum areas in cities like Dar es Salaam and Arusha. It’s important not to go into these areas alone or at night, and to be aware of your surroundings if you do find yourself in one.

Things To Do In Tanzania

There are so many things to do in Tanzania! Here are just a few ideas:

1. Climb Mount Kilimanjaro – this is one of the most popular tourist activities in Tanzania and it is easy to see why. Reaching the summit of Africa’s tallest mountain is an incredible achievement.

2. Go on a safari – Tanzania is home to some of the best game reserves in Africa. Here you can see lions, elephants, giraffes and many other amazing animals in their natural habitat.

3. Visit Zanzibar – this beautiful island off the coast of Tanzania is a perfect place to relax and enjoy the beach. There is also a lot of history and culture to explore.

4. Go diving or snorkelling – the waters around Tanzania are teeming with marine life and there are many great dive sites to choose from.

5. Take a walk in the Usambara Mountains – this stunning mountain range is perfect for hiking and offers incredible views.

6. Experience a traditional Maasai village – the Maasai are a nomadic people who live in Tanzania and Kenya. Visiting one of their villages is a fascinating way to learn about their culture and way of life.

7. Learn about Tanzania’s history – there is a lot of history to discover in Tanzania. From the ancient ruins of Kilwa Kisiwani to the colonial history of Zanzibar, there is much to explore.

9. Take a boat trip on Lake Tanganyika – this vast lake is one of the highlights of Tanzania and there are many different boat trips that you can take.

10. Relax on the beach – Tanzania has some beautiful beaches where you can simply relax and soak up the sun.

These are just a few ideas of things to do in Tanzania. There is so much more to see and do.