Home safaris Masai Mara or Amboseli Where To Go 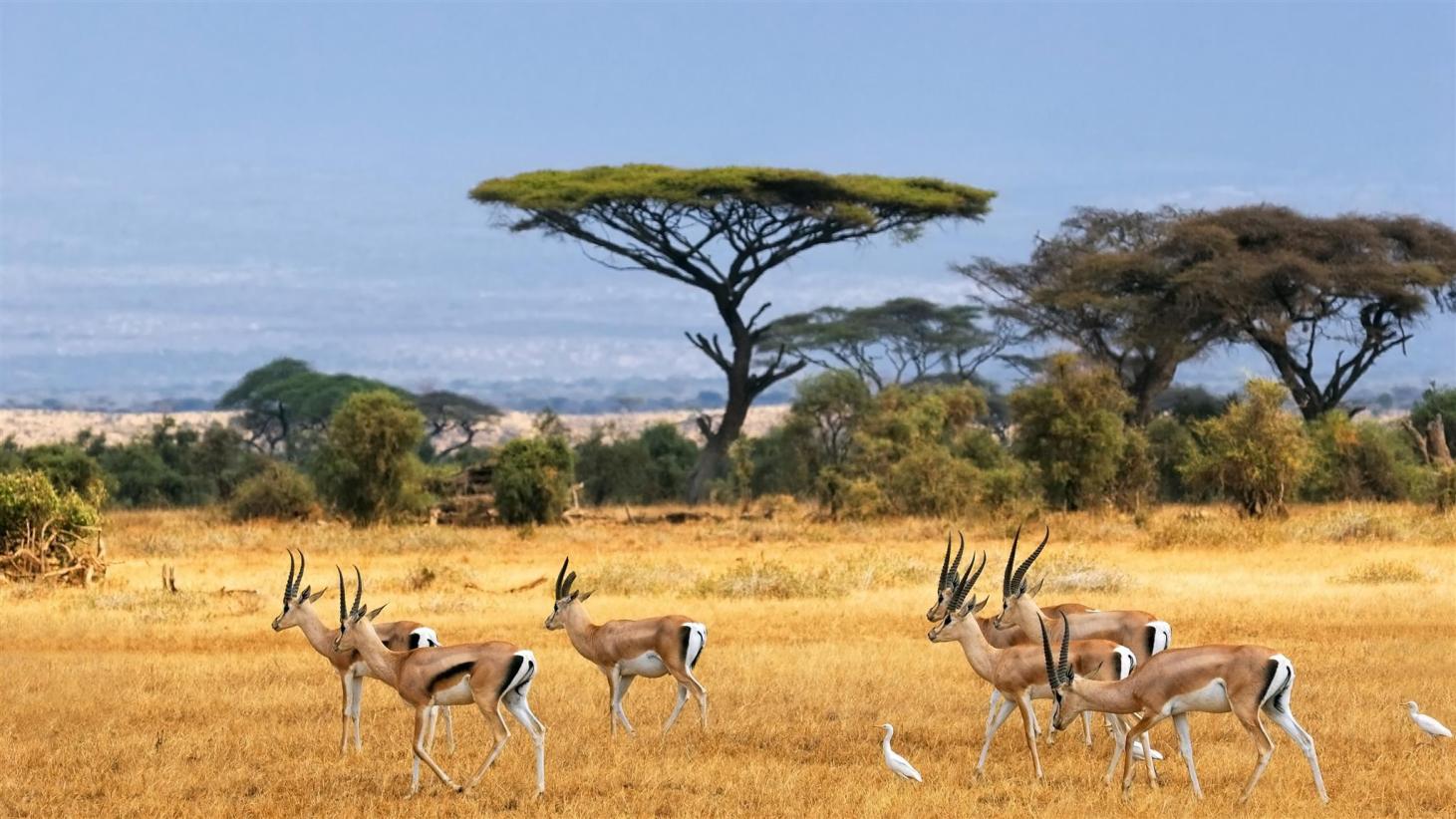 Masai Mara or Amboseli Where Should You Go?

These two Kenya Safari parks are the most visited in the country and for good reason as each is distinctively different. For those who can afford to do both we would advise that you do so but if you had only one option then which of these parks should you go to?

If you’re looking for an African safari experience, both destinations offer incredible wildlife viewing opportunities, but there are some key differences between them. Here’s a quick guide to help you decide which one is right for you.

It Depends On Where You Are

If you are at the Kenyan coast then a trip to amboseli on road is more viable that a trip to Kenya’s Masai Mara. But if you can afford to fly there then you can do either or combine both as there are regular flights to Amboseli and Masai Mara from Mombasa.

Both the Masai Mara Safari and Amboseli Safari are a great African wildlife experience. While the Mara is the most famous of the two, Amboseli is not far behind.

The Masai Mara is one of the most popular safari destinations in Africa. It’s known for its large concentration of lions, elephants, and other big cats. The Amboseli National Park is also home to a large number of elephants, but it’s more sparsely populated with other wildlife.

What Do You Want To Do

What you want to do will determine where you decide to go. If your priority is to see the big cats, then the Masai Mara is the better option. If you’re more interested in elephants, then Amboseli is the place to be.

How Much Time Do You Have

The Masai Mara is a large reserve, and it can take several days to explore it fully. Amboseli is smaller, and you can see a lot of it in one day. If you only have a few days to spare, then Amboseli is the better option.

Both the Masai Mara and Amboseli are expensive places to visit. Amboseli is slightly cheaper, but the difference is not significant. If you’re on a tight budget, then you might want to consider another destination.

The weather is similar in both the Masai Mara and Amboseli. The mornings and evenings can be cool, but it warms up during the day.

The cost of your Masai Mara Safari will be determined by a number of factors, including the time of year you visit, the length of your stay, the type of accommodation you choose, how you choose to get there by road or flight and whether you book a private or group tour.

Like wise the cost of your Amboseli Safari will be determined by a number of factors, including the activities you choose to engage in while in Amboseli, the time of year you visit amboseli, the length of your stay, the type of accommodation you choose as amboseli have various options from budget camps to luxury tented camps and lodges, and whether you book a private or group tour.

The Masai Mara has a more diverse landscape than Amboseli. It includes open plains, woodlands, and riverine forests. Amboseli is mostly open grassland with some acacia trees.

The Masai Mara is considered as part of the Serengeti eco-system. This means that the wildlife populations of wildebeest , Zebra and Impala in the Mara are constantly on the move, following the rains. The animals in Amboseli are more static, with the animals staying in one place all year round.

Its is however important to note that not all the animals in Masai Mara migrate. A good number of animals, including elephants, giraffes, and birds are resident in the Mara all year round.

Lions are the most popular animals in Masai Mara. They are often seen basking in the sun during the hotter times of the day or hunting for their prey in the early mornings or late evenings when the sun is not so strong.

Cheetah are also a common sighting in Masai Mara especially in areas where the ground is relatively flat and they can be seen chasing after gazelles or antelope. They are the fastest land animal in the world and can run up to speeds of 70 miles per hour!

Wildebeest are another popular animal in Masai Mara and at certain times of the year they can be seen migrating in large herds.

Zebra are also a common sight in Masai Mara and they can often be seen grazing on the grasslands they are also part of the migration although not all Zebras in Masai Mara migrate.

Giraffe are also a common sight in Masai Mara and they can be seen browsing on the leaves of acacia trees.

Elephant are another popular animal in Masai Mara and they can often be seen bathing in the rivers or roaming through the savannah a landscape they have helped to create by falling down trees as they feed.

Buffalo are also a common sight in Masai Mara and they can be seen grazing on the grasslands.

Black Rhino are also a common sight in Masai Mara and they can often be seen browsing on the leaves of trees. While there larger white Rhino can be seen grazing on grass or rubbing off mud on the backs of trees .

Leopard are another popular animal in Masai Mara but they are harder to spot as they blend well in their surroundings. When they are spotted they can often be seen resting in the trees or stalking their prey through the long grass.

Some of the less well known but no less amazing animals that can be seen in Masai Mara include:-

Things To Do In Masai Mara

Things To Do In Amboseli

Serena Sundowner at observation hill is a great experience. A sundowner is a cocktail or drink taken at sunset. Timed to begin as the sun begins its descent, the sundowner begins with a gentle evening game drive, arriving at the sundowner site just as the evening sky turns gold-pink.

When it comes to accommodation, the Masai Mara has a wider range of options to choose from, ranging from luxury lodges to more affordable campsites. Amboseli also has a selection of luxury accommodations and basic accommodation but the mara being bigger, your choices are more.

Because Kenya’s Masai Mara is a more popular destination than Amboseli, so it can be more crowded during peak times so if you are looking for a more intimate safari experience, depending on your dates of travel, Amboseli may be a better option for you.

Amboseli is also located close to the border of Tanzania and has great views of Mount Kilimanjaro in Tanzania.

How To Get To Amboseli And Masai Mara

There are several flights daily from Nairobi to Amboseli and Masai Mara.

There are also tour companies offering Masai Mara and Amboselisafari packages including us.

Here are some of our safari packages that include Masai Mara and Amboseli.

Some essential items to pack for Masai Mara or Amboseli are:-

Packing for a safari can be daunting but our seasoned travelers and agents have put together this helpful Amboseli and Masai Mara packing list to help you plan for your trip.

When To Visit Amboseli And Masai Mara

Amboseli is great all year round because the landscape is flat making it easier to spot animals at a distance. The best time to visit is between June to October when the animals are concentrated around the waterholes and there is less rainfall. April to June is low season and the rains have made the park green so its beautiful. Also you are likely to pay between 10% – 18% less for your safari compared to the peak season.

The best time to visit Masai Mara is between July and October during the wildebeest migration. This is also when the animals are concentrated around the waterholes and there is less rainfall. April to June is low season and the rains are heavier the park could also get muddy but the rates are far cheaper than peak season.

How To Book Our Masai Mara and Amboseli Safaris

Go through our safari packages and choose the one that best suits your budget and preferences. We can customize any safari package to suit your specific needs.

Kenya’s Masai mara ranks higher than Amboseli for wildlife viewing, the sheer size of the park, things to do and accommodation options. If you are looking for an action packed safari then Masai Mara is the place for you.