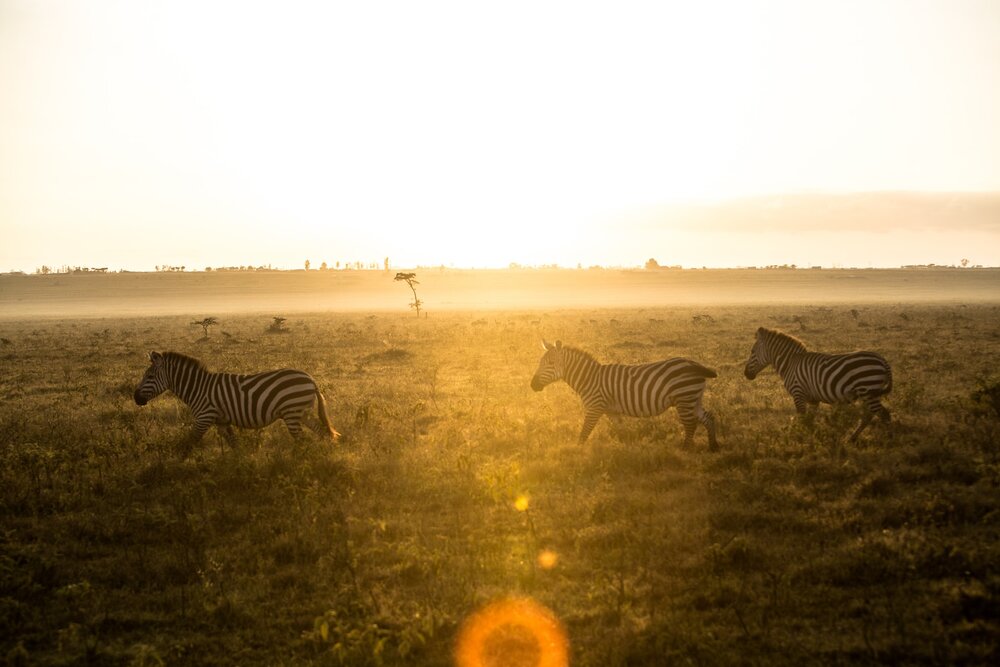 Is Kenya Safe To Travel Now

Despite a few high-profile incidents in recent years, Kenya is generally considered a safe country to travel to. The vast majority of visitors experience no problems at all and have a great time exploring everything that this vibrant country has to offer.

Is Kenya Safe For Tourists

Kenya is a beautiful country with plenty to offer tourists, but is it safe to visit? The short answer is yes, Kenya is generally safe for tourists. Every year , thousands of tourists visit Kenya without incident.

Of course, no destination is completely free of risk and there are some safety concerns to be aware.

Is Kenya Safe For Americans?

There is no specific threat to Americans traveling in Kenya, but it is always advisable to exercise caution and be aware of your surroundings. The US State Department recommends that American citizens enroll in the Smart Traveler Enrollment Program (STEP) before traveling to Kenya. This will allow the US Embassy to contact you in the event of an emergency, such as a terrorist attack or natural disaster.

There have been a number of Americans who can to Kenya for business or safari and were smitten with its wildife, beauty and climate that they opted to take up Kenyan citizenship. This was made much easier by the new 2010 constitution that Kenya adpoted that made dual Citizenship is permissible in Kenya.

An American citizen, Michael Joseph has grown Safaricom a mobile and data service provider which he co-founded with Vodafone to East Africa’s most profitable company. The company is best known for its innovative m-pesa platform that enables Kenyan to pay for goods and service, transfer money on their mobile phones.

Michael Joseph acquired Kenyan citizenship in 2014, and currently has a home in Lewa Conservancy Laikipia.

Is Kenya Safe For Female Travelers?

Kenya is generally safe for female travelers, but it is always important to take precautions and be aware of your surroundings. It also important to know which areas to avoid but for female tourists who take these precautions, Kenya can be a safe and enjoyable destination.

Is Kenya Safe For Expatriates?

There is no specific threat to expatriates living in Kenya, but it is always advisable to exercise caution and be aware of your surroundings. Kenya is probably one of the best place to work as an expatriate as has been witnessed by the number of expatriates that have decided to make Kenya their permanent home.

Is Kenya Safe For LGBTQ+

There is no specific threat to LGBTQ+ travelers in Kenya, but it is always advisable to exercise caution and be aware of your surroundings. homosexuality is not recognized by the Kenyan government and same-sex relations are technically illegal, but in practice there is little discrimination or violence against LGBTQ+ people.

How Safe Are Kenyan Towns and Tourist Destination

Kenya is generally a safe country to visit, but there are some areas that are best avoided especially at night. All the major towns and cities have slum areas and these can be dangerous if not accompanied by a local who knows the area well.

The tourists parks of masai mara, amboseli, Lake Nakuru, Samburu to name but a few are very safe as they have a strong security presence to protect both the animals and visitors.

At Bars and Clubs

Never leave your drink open or unattended:- Although rear in high end bars and clubs there have been incidents of drinks getting spiked and people getting robbed of their valuables after passing out. If you have to go and relieve yourself ensure that you take your drink with you or ask a friend to watch it for you.

Keep valuables in the hotel safe as most hotels will have one. If possible leave electronics and other valuables in your room when going out as these are easy targets for thieves.

When Withdrawing Money from ATMs use machines that are located in well-lit areas and avoid using ones that are hidden away or in secluded areas. Be aware of your surroundings when entering your PIN and try to shield the keypad when entering it.

When Traveling By Road

When traveling by road in Kenya be aware of your surroundings and try not to attract too much attention to yourself. Avoid hailing taxis off the street and instead use a reputable taxi company or request an uber.

Avoid getting to a taxi alone when drunk as this makes you an easy target for criminals.

When using public transport such as matatus or buses only use ones that look safe and are in good condition and if late at night avoid being the only passenger in the vehicle.

How Safe Are Boda Bodas

Boda Bodas are the local names given to motor cycles that are used as a form of transport, they can be found all over Kenya.

Although they are a cheap and convenient way to get around, they can be dangerous as most do not have helmets and the drivers are often inexperienced.

It is advisable to only use a boda boda if absolutely necessary and if you do use one make sure that you wear a helmet.

Ensure that you are up to date with all your vaccinations and take precautions against mosquito bites as there is a risk of contracting malaria in Kenya.

What To Do If You Need Help?

If you find yourself in a difficult or dangerous situation the best thing to do is to contact the police or your embassy.

Always drink bottled water which is readily available in shops, supermarkets and hotels.

Typhoid is contracted by consuming contaminated water or food, so it is important to be careful about what you eat and drink.

Cholera is also contracted by consuming contaminated water or food and symptoms can include severe diarrhoea and vomiting.

Rabies is a virus that is transmitted through the saliva of infected animals, so it is important to avoid coming into contact with any animals that may be infected.

Yelow fever is a risk in rural areas and it is advisable to get vaccinated before travelling.

There is a high prevalence of HIV/AIDS in Kenya and it is important to take precautions to protect yourself.

Is It Safe To Drive In Kenya

There is a lot to say about Kenyan roads for starters matatus which are the main means of public transport are often overcrowded and driven erratically.

Road infrastructure is also not the best, especially outside of major cities. So, if you’re planning to rent a car and drive around Kenya, you definitely need to be prepared for some challenges.

Expect poor road, conditions, potholes, and topes (speed bumps) which can damage your car if you’re not careful.

Areas outside the city center will have poorly lit roads and you’re more likely to encounter animals on the road. Cattle and donkeys on the road are a common sight, so you need to be extra cautious when driving at night.

In terms of crime, carjacking is not as common in Kenya as it is in other countries in Africa, but it does happen from time to time, so you need to be vigilant.

That being said, driving in Kenya can be safe if you take some precautions and drive defensively. Here are a few tips:

-Plan your route in advance and try to avoid driving at night if possible.

-Make sure your rental car is in good condition and that you have a valid driver’s license.

-Be aware of matatus as they are known to stop abruptly and drive erratically.

-Keep your doors locked and windows up at all times.

-Do not pick up hitchhikers.

-Drive defensively and be prepared for the unexpected.

Past Terror Attacks In Kenya

In 1998, the United States embassy in Nairobi was bombed by al-Qaeda, killing 213 people and injuring more than 4,000.

In 2013, 21 people were killed when terrorists attacked the Westgate shopping mall in Nairobi

In 2015, 148 students were killed in an attack on Garissa University

in 2022 , 7 people were killed in a a Kenya bus ambush in Mandera next to the somali border.

Several factors have contributed to Kenya’s insecurity over the years.

The Neighbouring Country Of Somalia

Since the overthrow of the military regime of President Siad Barre of Somalia in 1991 Kenya has had an increase in insecurity brought about by the smuggling of arms and ammunition, drug trafficking and human trafficking. The porous nature of the Kenyan-Somali border has made it difficult to control these illegal activities.

Somalia over the years has become a target of various terrorist groups. The main group operating in the country is Al-Shabaab, although its influence and its ability to carry out terror attacks has diminished after Kenya, Uganda and Ethiopia sent troops into Somalia to fight the group.

Al-Shabaab has been responsible for a number of terror attacks in Kenya, the most notable being the Westgate shopping mall attack in 2013 and the Garissa University College attack in 2015.

Kenya’s pastoral communities include well known tribes like the Turkana, Pokots, Samburu, and others. These groups live a semi or fully nomadic lifestyle with cattle as their main source of livelihood.

They also occupy some of the dries areas in Kenya and as a result they often loose their cattle to drought and because cattle is everything to them, they often raid other communities to get more cattle.

These raids are usually bloody and deadly as these groups have over the years acquired fire arms from the porous Somali border and South Sudan. These raids have often led to Kenyans being displaced from their homes as they flee the violence.

The presence of small arms has also led to an increase in banditry and crime in some of these areas. In addition, the pastoralists are often in conflict with the government over issues such as grazing land and water resources.

What Parts Of Kenya Are Considered Dangerous

Certain parts of Kenya are considered dangerous due to their closeness to the high rate of crime. These areas include:

Nairobi Kenya’s capital city is the most populous city in the country. It is also the economic hub of Kenya. The high population density in the city has made it a hotbed for crime.

Mombasa is Kenya’s second largest city and is a major tourist destination. The city has a high rate of crime, especially pickpocketing and petty theft.

Nakuru is a city in the Rift Valley region of Kenya. The city has a high rate of crime, especially robberies and muggings.

This town is located in north-eastern Kenya and is close to the Somali border. The town has been the site of a number of terrorist attacks by Al-Shabaab.

Mandera is the closest town to the Somali border in north-eastern Kenya. The town has also been the site of a number of terrorist attacks and on January 2022 Seven people were killed in a Kenyan bus ambush. Its believed that the attack was carried out by Al-Shabaab.

The risk of terrorism in Kenya is low especially in tourist areas. There have been a number of terror attacks in Kenya in the past, but these have mostly been targeting government buildings or military personnel. The chances of a terror attack happening in a tourist area are low.