Home safaris Laikipia What To Expect 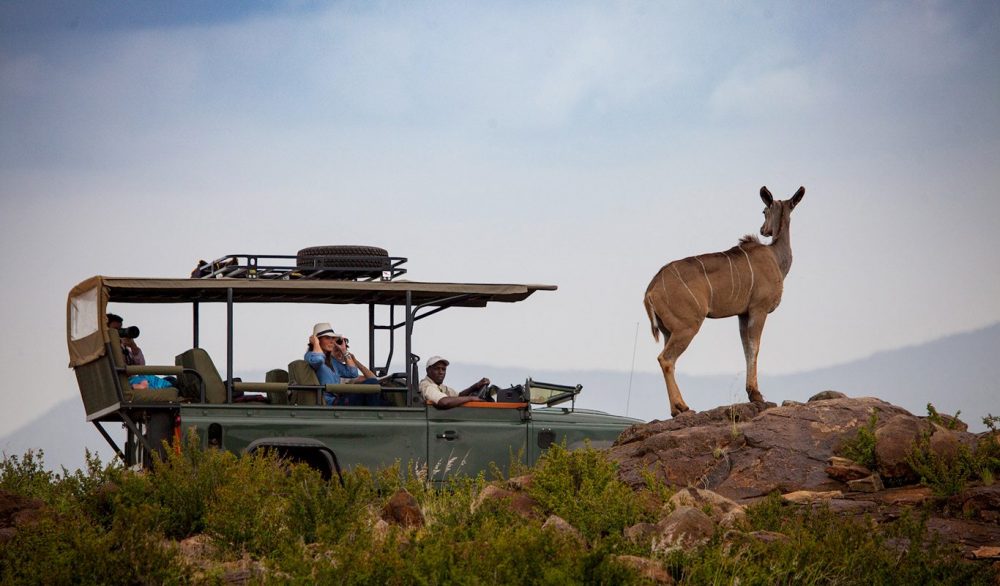 Laikipia is a county located in the former Rift Valley Province of Kenya. The county has an area of 16,636.7 square kilometers and a population of 518,560 (2019 census). Laikipia is home to several wildlife conservancies including Lewa Downs, Ol Pejeta, Borana, Langata Linkages, Laikipia North, Maasai Mara National Reserve, among others. The county also has several tourist attractions including the Aberdare National Park, Lake Nakuru National Park, and Mount Kenya National Park.

The county is divided into four administrative divisions: Laikipia West, Laikipia North, Laikipia East, and Laikipia Central. The county has a total of thirty wards.

Laikipia is second in size only to Tsavo National Park. It has an area of 9,500 square kilometers and is home to a variety of wildlife including lions, leopards, elephants, rhinos, and buffalo. Laikipia is also home to half of Kenya’s highly endangered black rhino population.

The Ol Pejeta Conservancy is a 360 km² not-for-profit wildlife conservancy in Central Kenya’s Laikipia County. It is situated on the equator west of Nanyuki, between the foothills of the Aberdares and Mount Kenya. The conservancy is home to several animals including the African elephant, black rhinoceros, cheetah, and leopard.

Aberdare National Park lies on a long stretch volcanic range from South Kinangop, east of Naivasha, up to the Laikipia Escarpment northwest of Nyahururu.. The park is home to several animals including the African elephant, black rhinoceros, Cape buffalo, leopard, and lion.

Mount Kenya National Park is located in the eastern part of the county and covers an area of 715 square kilometers. The park is home to several animals including the African elephant, black rhinoceros, cape buffalo, leopard, and lion. Lying on the edge of the Northern Frontier, the Laikipia Plateau stretches from the slopes of snow-capped Mt Kenya to the rim of the Great Rift Valley.

Tourists can enjoy a variety of activities in Laikipia County including game drives, bird watching, hiking, and horse riding.

Game drives are a popular activity in Laikipia County as they offer tourists the opportunity to see a variety of wildlife up close. Game drives are typically conducted in safari vehicles and last for several hours.

Night games drives are also conducted in some parts of the county and offer tourists the opportunity to see nocturnal animals such as owls, hyenas, and leopards when they are most active.

Bird watching is a popular activity in Laikipia County as the county is home to a variety of bird species. The Laikipia Plateau offers good bird watching throughout the year, but the best time is from November to April when the migrants from Europe and north Africa are present.

Hiking is a popular activity in Laikipia County as it offers tourists the opportunity to explore the county’s landscapes and see a variety of wildlife. Hikes can be conducted on foot or by camel, and there are a variety of trails to choose from depending on fitness level and interests.

Horse Riding is a popular activity in Laikipia County as it offers tourists the opportunity to explore the county on horseback. Horse riding safaris are typically conducted in the morning or late afternoon when it is cooler.

How to get there

Laikipia County is accessible by air and road. By air, the county is served by the Nanyuki Airport and the Lewa Downs Airport and there are direct flights with a light aircraft from Wilson Airport in Nairobi.

By road, the county is served by he A2 highway and the B4 highway.

By rail, the county is served by the Nairobi-Nanyuki Railway.

A laikipia safari is often combined with other Kenya Safari destinations like Masai Mara, Aberdares, Amboseli or even Meru National Park.

Is Laikipia Safe For Tourists?

Yes, Laikipia County is safe for tourists. However, visitors should take precautions when travelling to any unfamiliar place and always be aware of their surroundings.

Talk to us today for a tailor-made safari to Laikipia or any other Kenyan destination.

Laikipia What To Expect