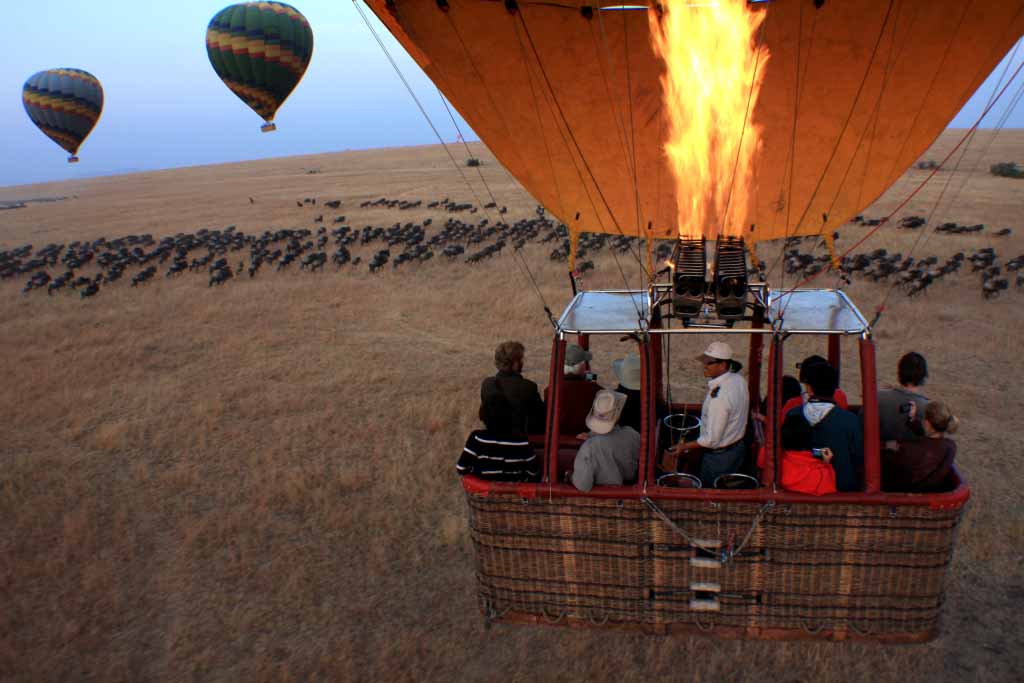 The best time for safari in masai mara is between late July and late October, this is often the driest months in Kenya. During the dry months the vegetation is less dense and the wildlife usually gather around the water holes.

It is also the best time if you want to experience the wildebeest migration.

Having said that it is important to note that a Masai Mara Safari is great at time of the year if you are not hoping to catch the migration because of its abundant resident wildlife and temperate climate. Its wide and open savannah makes it easier to see herds of buffalo, inpala and even predators like the cheetah which like to hunt on the open plains.

For most, tourist visiting the masai mara, the wildebeest Migration is usually on their bucket list of things to do and so it affects the time of the year they choose to visit the Masai Mara. However, if you can’t (or don’t want to) visit Kenya during migration season the Masai Mara has plenty to offer visitors aside from the Great Migration.

The rains here from April to June, with May as the wettest month.

The start of the rainy season usually comes with flooded roads and generally wet weather. This probably the worst time to visit Masai Mara Kenya since it makes it poor for game viewing combined with muddy roads, mosquitoes are also much more prevalent during this period.

June sees the start of the dry season and the beginning of the tourist season all through to September.

The second of Kenya’s rainy, green seasons and the lesser of the two occurs in October, November and December. This is when migratory birds arrive for the wet summer season.

Best Things To Do In Masai Mara

Rise early to be transferred to the hot air balloon launch site. The balloon flight takes off at sunrise, making the most of the soft morning light. Your flight lasts about an hour, after which you will be treated to a champagne bush breakfast; the perfect way to round off an experience of a lifetime.

Visit A Maasai Village -Take a village tour to a Maasai village where you will be greeted by the Maasai people and experience a traditional Masai village.

Go On A Game Drive – Accompanied by your professional guide, game drives, in customised, open safari vehicles are the perfect way to explore the grassland plains and discover the plentiful wildlife of the Masai Mara. Discover the Masai Mara in the privacy of your own private 4×4 and enjoy scenic drives across the plains, spotting birds and wild game.

Go On A Horse Riding Safari – Explore the Mara on horseback. Riding safari can be arranged in certain lodges and camps on the mara concessions and conservancies outside the main reserve.

Go On A Nature Walk – A must for those who love to be in wild and free places, get a sense of the vast wilderness in the Masai Mara. Your Masai Masai guide will take you on a 3km walk along the river, the Maasai Mara river, walking through dense vegetation, along

A Sundowner – An unforgettable sunset experience in the wild, a sundowner is a ‘happy hour’ during sunset over the African Bush as you round off your Afternoon Adventure on your Masai Mara Safari accompanied by a safari bar, light bites and the local wildlife and view.